Let the War on Hypocrisy begin.

The title is a quote from a recent post by the inestimable Henry Porter when announcing the Convention on Modern Liberty which was launched last week.

We have just seen the unintended consequence of unnecessary, unlawful (sic) and badly drawn up legislation in the tragic and sad death of Andy Miller from Accrington who owed £60 for speeding and was forced to a cash point by bailiffs who told him "... he had to make a payment, otherwise they would bring a delivery van and locksmith. ... they said they would get into the property and take goods and there was nothing he could do about it."

This law was probably brought in for some other reason than killing citizens who owed £60 for speeding, but like hundreds of other laws sneaked in without debate or discussion, almost in secret by the Executive, the top echelons of Government, the Cabinet, it will kill us; it will make us fear for our safety; it will make us fear our Rulers and it will make us want to fight back.

The Convention on Modern Liberty is the first high profile movement concerned with fighting the overpowering attacks on our fundamental rights and freedoms being perpetrated by this most repressive of State machines and deserves your support.

The Convention comes hot on the heels of an increasingly vocal outrage against the fear-mongering which is slithering out from the UK Parliament, voiced by the likes of NO2ID, Liberal Conspiracy, Henry Porter and the Liberal Democrats amongst many.

This fight has become necessary by the heavy handed degree of State power, control and repression now available to almost any bureaucrat in the UK which is frightening, and if you're not frightened you're asleep.

I find it hard to believe but I'm frightened of this State, and I loath the fact that I need to think about defending democracy, with all its faults, against my very own Government who appear to have forgotten why they are there.But defence of democracy is our task, not the Governments which is why we need to act in whatever way we can.
I resent the fact that I am 'wasting' my valuable time defending something, Liberty and Democracy, whilst the Mother of all Parliaments swaggers and staggers into any of the holes they are busy digging and I am staggered that this Government have quite casually lost the heart and mind of at least one white, middle class, male, well educated citizen.

In the small arc of voices publicly raised in support of our fundamental rights and freedoms mine is very small and I'm sorry if I veer towards the sarcastic/ironic end of the spectrum rather than the reasoned/reasonable end but that's how it seems to be.

Support The Convention on Modern Freedom. Support NO2ID. Support the Libral Democrats. Support Liberty and make your voice heard however frightening that first step may be.

Thank you for reading. 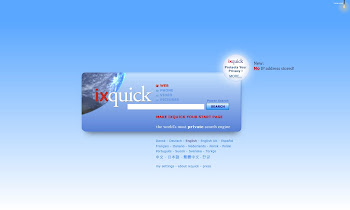 Use ixquick rather than Google

the remorseless creep of state control

Here is the Google Map which started the whole idea for this blog.

I started this blog by recording and attempting to show some of the ways in which the activity of the State is affecting you and yours in the brave new world of UK State Fascism from the tragic extreme of Jean Charles de Menezes to the surreal yet still very scary.

I am no longer updating the map as the madness of worldwide state and corporate control has sped away from my ability to keep up.

I am however morphing the posts into an ongoing series of creative pieces, taking original news from elsewhere and changing it in various ways - Serious Comment Through Artistic Intervention - find my favourites under the List of Rants tags.

Flip Flops, where one part, a name for instance, of two wildly different posts are swapped.

Future News where I take a post from elsewhere and extend it into the future with a quizzical eye attempting to see what may be in the year 2024.

State sponsored fear and distrust as seen through the twisted technological lens of petty officials and would be bureaucrats exist worldwide now. Always Ask Them Why.

It is increasingly difficult to explain just why 'you' should be concerned about State and Corporate Control and the all pervasive creeping Data State when talking to friends and acquaintances, whose first question has been along the lines of "How will all this affect me? Why should I and my family be concerned about all that?"

The presumption is that only terrorists or criminals need be afraid and that none of the radical changes to our laws and freedoms now coming to fruition will affect me will they?

Yes they will. They already are.

I have stopped updating the map but it remains out there in the world as a idiosyncratic memory. Enjoy.

Your Identity - Safe as Houses - New with added style. 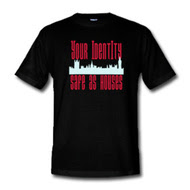 The contents of this site, and communications between this site and its users, are protected by database right, copyright, confidentiality and the right not to be intercepted conferred by section 1(3) of the Regulation of Investigatory Powers Act 2000. The use of those contents and communications by Internet Service Providers or others to profile or classify users of this site for advertising or other purposes is strictly forbidden.